Okay, so this is totes delayed, but as it's Christmas and I'm snuggled under a red blanket by a blazing fire and as the question of the day was "what was the best part of 2013," I felt a twinge of guilt (too many gluten-filled cookies?) about not finishing my Adriatic Cruise spectacularousness blogs.

That was a long sentence, but my brain is tired (too much wine and eggnog?).

So here goes. There are a few things about Italy, Croatia, Montenegro and Greece you MUST know.

First of all, and you won't believe this, but... fish ate my feet. I swear to God. My Person didn't believe it either, which is why he shelled out our last 10 Euros to pay to see it happen.  And it did. I went all Kim Kardashian and let fish eat the dead skin off my feet.  Check this out. 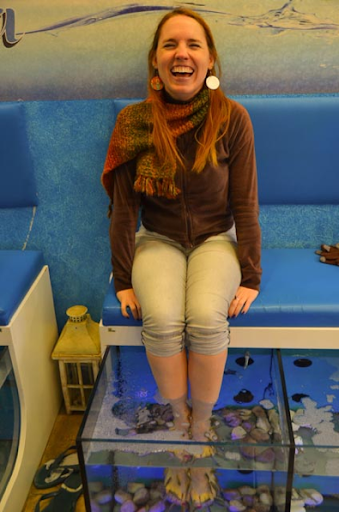 Greece was a little boring, I'm not gonna lie. We'd shared a car with another couple to cut cab costs which was a little stressful cause then we were all discerning who wanted to do what and making decisions for people you don't know and gotten lost and were out of money and blah blah blah. Too much wonderfulness can get old. So, I was kinda like, Corfu, I'm over you, and then we saw it... a fish boutique.
So ten Euros later, and a lovely Grecian woman was washing my feet and telling me to hold very still as I slipped my peds  into a fish tank. 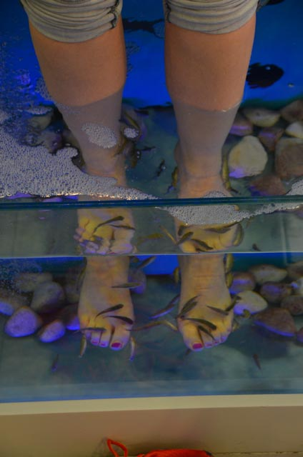 It feels like little kisses all over your feet and legs. Except when the fish squeeze themselves between your toes, and then it tickles. And I laughed and laughed. I could not stop laughing. And neither could Person, because I'm so scared of fishy water that I won't even get in a lake, and it took me like six months to get up the guts to feed his freshwater fish because sometimes the fish jump up to get the food and it freaks me out.

But there I was in Greece, getting my feet eaten. And truthfully, it was so relaxing, and my feet were so soft afterwards, I could have taken a nap in a bathtub with all those fish (in appropriate delicate-parts-covering-swimwear). Amazeballs. Made. My Day.

Okay, next update... the Sistine Chapel is amazing, but depressing as hell. If you just look up, you'll probably be okay. Probably. Michelangelo was obsessed with the plight of humankind. So you get creation... The heavens and earth - super. Great job Mickey. But then you get the creation of Adam & Eve, which contains... the casting out of the garden.  Then you get Noah which includes the nakedness episode. So with each its like good, good, sin... good, good, sin... Alright, we get it. Humankind effs everything up. But then you see the far wall, The Last Judgment, and then you start crying because Dante might have been the worst thing to ever happen to Christianity. (Yes, admittedly, Michaelangelo's The Last Judgment - and most conservative hell-bent right wingers as well - is based more in the narrative and interpretation of Dante's writings than on the biblical narrative). 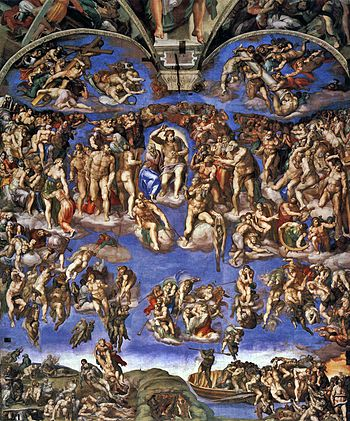 Not only does it include people being dragged down by demony beings, but it includes the saints up above by Christ carrying symbols of their martyrdom. The most disturbing to me however, was Bartholomew who was "fileted" as my interpreter described it. So he holds the skin of a human sagging from its bodiless form. Supposedly the face on the lifeless skins is a self-portrait of Michelangelo himself. It was dark, lost, and reflected the self-doubt the artist must have felt. I wept and wept.
Truth be told, for all the a-mazing things we saw in these four wonderful countries, there were many parts of our trip that were very dark, reflecting the downright wicked parts of humanity, reminding me how far we really haven't come. For example... The Colosseum. 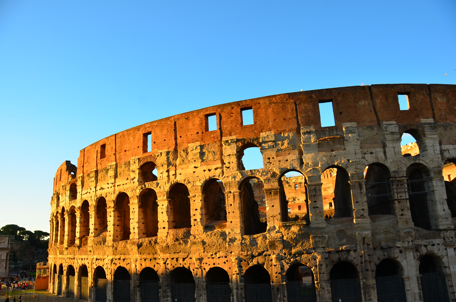 Not just an action packed movie with Russell Crow, but a stadium with holding pens, cages, for men and animals alike. So many animals that the Romans likely rendered extinct more than one species from Africa. THOUSANDS of dead animals every WEEK. Insane. Not to mention the "sub-human" men who fought them and died to the entertainment of the masses.

Or Pompeii, amazingly preserved by the layers of molten ash burying it, but stil'l, so sad. The slaves who were left to watch over their masters houses (we can tell by the belts they're wearing) or went sent back too soon when they thought the strange weather was over, or the animals who were abusively left behind, tied in place, who could have warned the people of the unsettling signs if they had the words to speak. The bodies of men, women, pregnant women, dogs, perfectly preserved in their terrified positions underneath the ash. 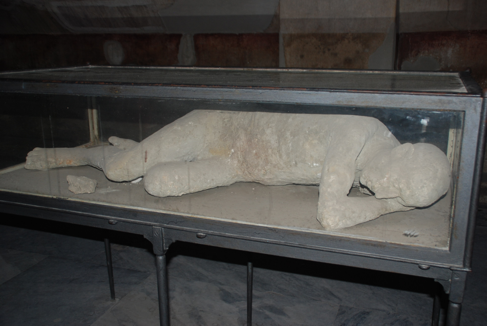 Or the island in Croatia to which the Venetians shipped the Jews to await the arrival of the Germans. And well, you know the rest of that story.

Or the papal palace, where even the most wicked, money-spending, mistress-bedding, war-waging, outsider-oppressing, god-complex Popes had huge statues and tombs erected in their honor. OMG, so many of those guys were such jerks. It was hard to juxtapose that with the honest-to-god amazing beauty of St. Peter's. How do we resolve the disconnect? 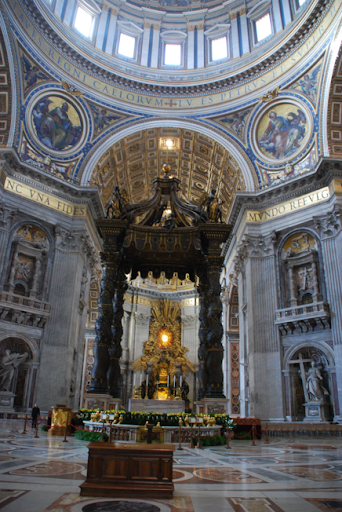 On the other hand, Pope Francis is doing a great job... not talking about positions on abortion and homosexuality as the be-all definitions of a Christian, sneaking out to feed the homeless while dressed as a regular priest, holding the Cardinals finally accountable for their superfluous spending, selling his personal property for charity, etc. AND I WAS BLESSED BY HIM.  Well, me and several thousand others. Thanks to my handy guidebook, I knew that if the Pope was in town on Sunday, he would speak to the people. So sure enough, there he appeared on Nov. 17th from a window, and in Italian he spoke to us, over us, and then gave each of us a rosary. Wow. So. Cool. 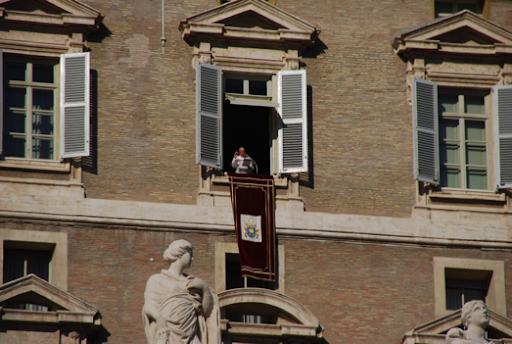 And then there was the day I didn't have any pants to wear... but you already heard about that.

These are brief, slight overviews of the most beautiful and the disturbing parts of the Adriatic.  But for the experience, I am grateful. And may the light of this Christmas season somehow outweigh the darkness of our history and our present as a nation, a race, and a planet. Veni, Vidi, Vici... but in the future, may love win. Amor omni vincit.

CALLING ON THE NAME OF THE LORD?

On the Day of Pentecost Peter quoted the prophet Joel (Acts 2:21'And it shall be that everyone who call on the name of the Lord will be saved.')

To call on the name of the Lord is to acknowledge the authority and power of the Lord, and follow in obedience by meeting the terms of pardon.

Peter preached the death, burial, and bodily resurrection of Jesus. Peter declared the Jesus was Lord and Christ. (Acts 2: 22-26) They obviously believed Peter's preaching because they asked the question(Acts 2:37 ....."Brethren what shall we do?")
Peter did not tell them to say the "sinner's prayer." What was Peter's response to their question? (Acts 2:38 Peter said to them, "Repent, and each of you be baptized in the name of Jesus Christ for the forgiveness of your sins; and you will receive the gift of the Holy Spirit.)


THE NARRATIVE OF CALLING ON THE NAME OF THE LORD.
1. FAITH: Believe in the death, burial, and bodily resurrection of Jesus. Accept Jesus as Lord and Savior.
2. CONFESSION: Acknowledge Jesus as the Christ and the Son of God.
3. REPENTANCE: Make the commitment to turn from sin and turn toward God.
4. WATER BAPTISM: Be immersed into Christ for the forgiveness of your sins.


Romans 10:9-10 that if you confess with your mouth Jesus as Lord, and believe in your heart that God raised Him from the dead, you will be saved; 10 for with the heart a person believes, resulting in righteousness, and with the mouth he confesses, resulting in salvation.


WE ARE TOLD TO CALL ON THE NAME OF THE LORD TO BE SAVED.


IF YOU HAVE COMPLETED THESE REQUIREMENTS---THEN YOU HAVE CALLED ON THE NAME OF THE LORD!