The Story of the Three Thousand Dollar Pendant

At Creede Repertory Theatre's Illuminated Gala on Sunday, July 27, Manuel and I entered the South Fork Country Club in anticipation of a great evening. I was wearing an amazing dress, and would be singing. 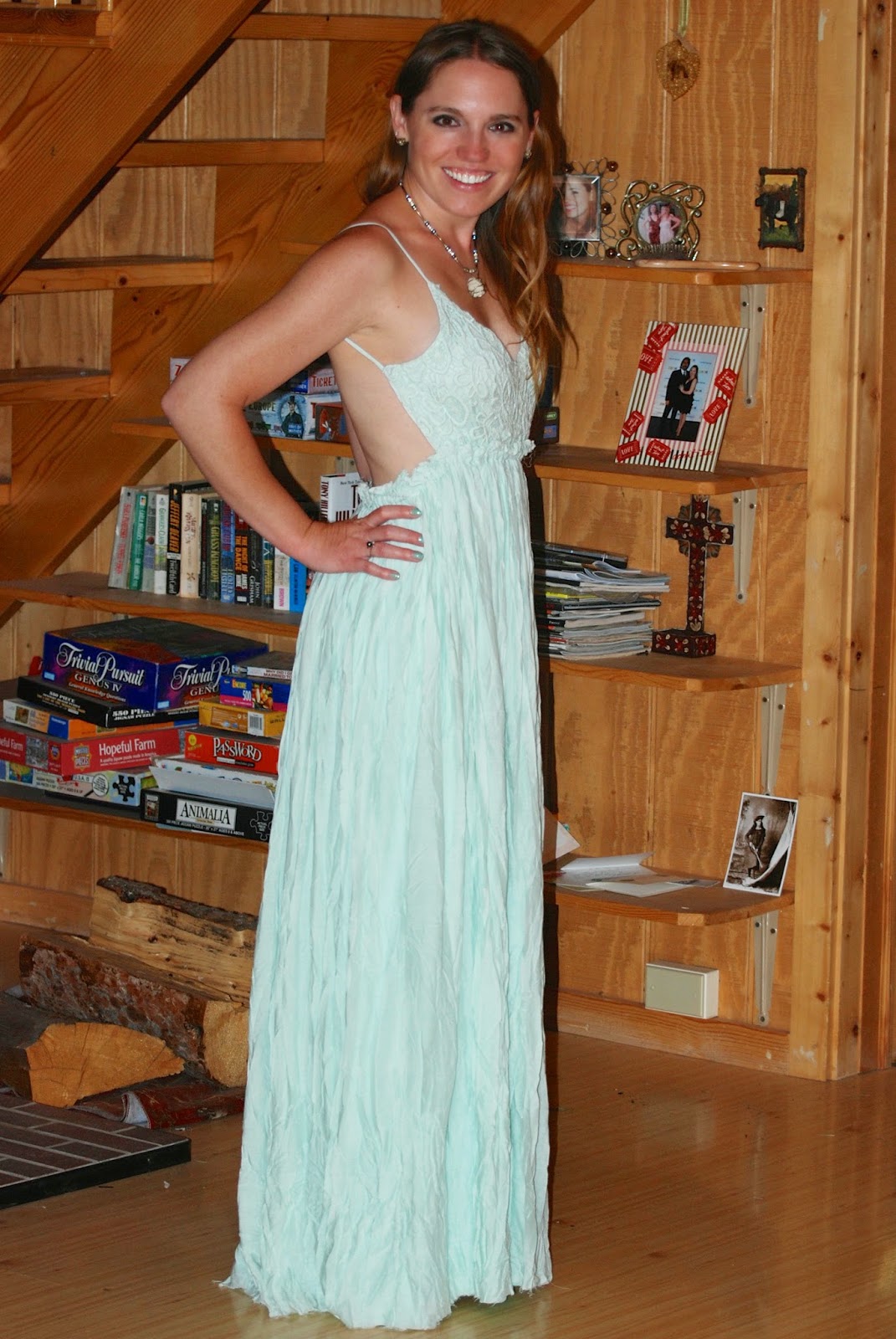 In addition, trapeze, dancing, testimonials, and an auction were scheduled to be scattered throughout the night. Dinner would be served, and there was to be an open bar which Manuel would typically not take advantage of.

Manuel and I began the evening at the Gala having earlier made an agreement. With so many fun things to do this summer, and with big plans for the fall, I had made a pitch for fiscal conservatism (please don’t tell my fellow democrats), and asked him to limit his generosity to the $250 admission price. He complied, and agreed not to bid on any of the auction items.

Truth be told, I didn’t trust him. The man grew up poor, and now that he has money, he loves to give it away. Frequently, I peered over the balcony of the club and observed the tables below. Had his been one of the hands that raised during the live auction?

As is always the case with relationships, money, and really good stories, my fears were indeed warranted. While I was upstairs chatting with fellow actors in the greenroom or singing 70s love ballads from the balcony, Manuel found a heart pendant from Rare Things Gallery in the silent auction that he began to bid on. The following weekend would mark our three year anniversary, and since he had to return to Austin for work the next day, he decided the pendant would be a nice way to say, I’m with you in spirit (I heart Creede was etched into the back of the pendant), if not in person.

So the bidding war began, and by the time I was allowed downstairs to fraternize with the patrons at the end of the evening (and discover that Manuel had broken the agreement), the price had escalated to $1300. “Good lord, honey!” I exclaimed, “Let’s just take that money and pick out something we both like together - a painting or something. Or head to Cancun for a weekend.”

Relationships are sometimes about give and take. In this case, Manuel was determined to give and I would be obliged to take.

But alas, there were more than one pair of eyes on that little heart with serpentine inlay and silver etching. Manuel’s competitors added their name and seven hundred dollars to the piece of paper casually hosting the numbers crusade. 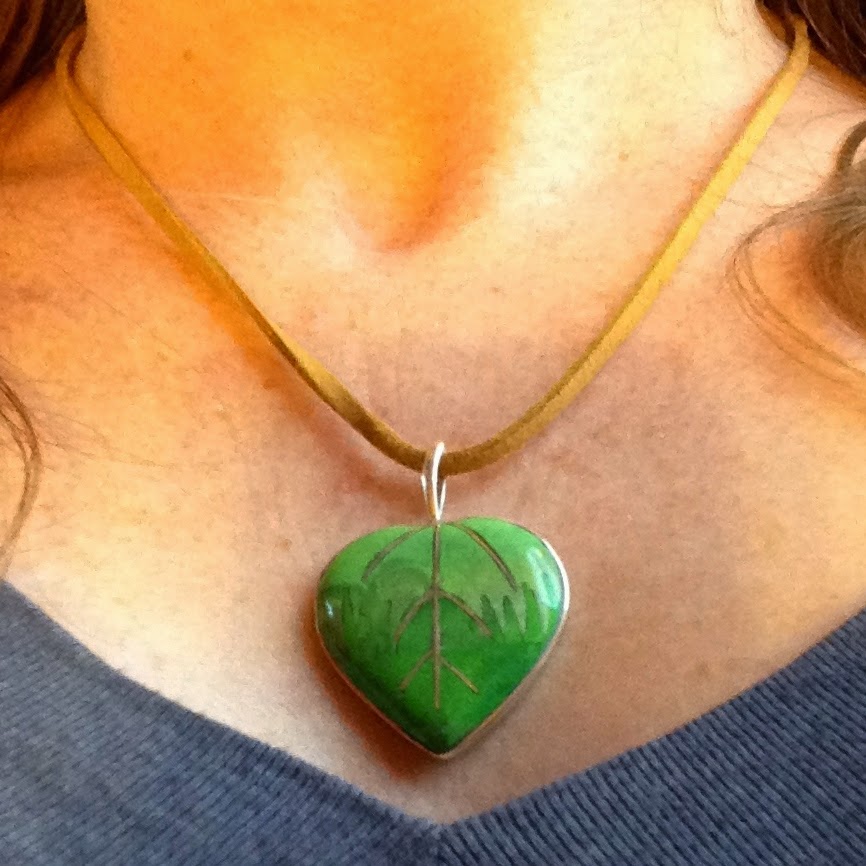 Now at $2000, that was more than Manuel was willing to spend (thank God! - the pendant price tag had already escalated 10 times its original markup). I breathed a sigh of relief.

The auction closed, the bids were collected, and the goods began to be distributed as patrons paid for their purchases.

“We’re the ones who outbid you on the pendant, sir,” they said to him. “And we’re feeling rather guilty about it. We were told that you were planning on giving it to Ann for your anniversary.”

“Oh that’s fine!” he replied assuming they knew me since they’d used my first name. “Don’t worry about it.”

“Well, we’d like for Ann to have it,” the couple offered.

“All we really wanted was for the money to go to the Theatre,” they explained, “We’re feeling guilty about outbidding you, so we really would like for Ann to have the pendant. What if you give $500 for it in addition to our $2000?”

Inspired by their faithfulness to CRT, Manuel made a counter-offer. “Well, since we’d all like the theatre to succeed, how about if I give an $1000 donation to the theatre in honor of your generosity? And then the pendant can be from all three of us.”

So, under no compulsion of my own, I am now the owner of a Creede, Colorado, Jennifer Inge pendant. It hangs from a soft, fake leather necklace against my chest because when I went to Rare Things to tell them the story, I explained that (unlike the bidders) I couldn’t actually afford to buy a silver chain to wear the pendent on, and “in the spirit of generosity,” couldn’t they just “give me a necklace to put it on since 3 people had collaborated to pay $3000 for the pendant?” The saleswoman smiled, handed me the leather string, and rang me up for $7.56.

And that, my friends, is the story of the Three Thousand Dollar Pendant and how it came to hang around my neck. 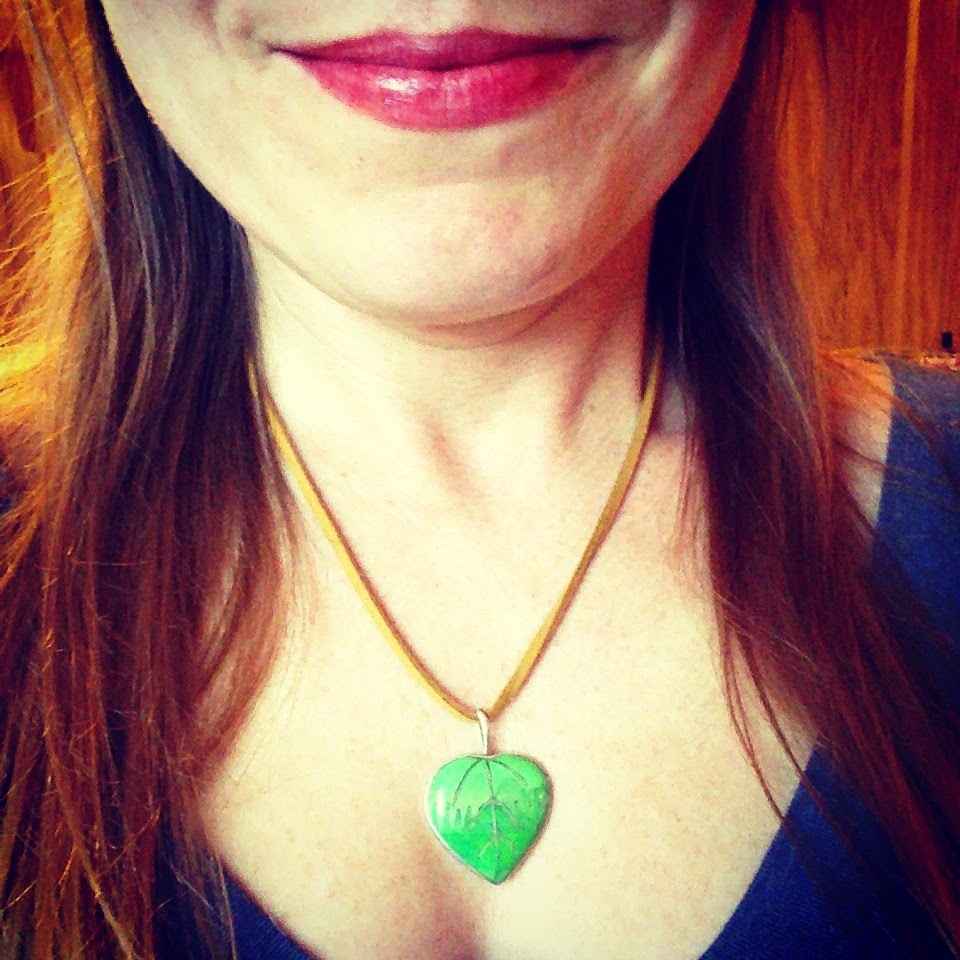 Ann, love the story!!!! You got a good one there. Hope you're doing great.

That made me teary. Love, Emily.

I LOVE this story. Thank you so much for typing it up and sharing!

What a sweet story Ann! We are so happy you ended up with it. It illustrates very well the generosity of all involved. :-)

Wow. Just wow. I must confess, I did tear up. So sweet.

I am so much excited after reading your blog.awriter.org
Your blog is very much innovative and much helpful for any industry as well as for person.

There is certainly a great deal to find out about this subject. I love all the points you have made.