There's a Parade at Ground Floor Theatre and you need to buy your ticket before it passes you by.

Sarah Danko is a gorgeous actor and paired well with Scott Ferguson who we found annoying as Frank the Jew, creepy as Frank THE JEW (emphasis Mrs. Phagan) and eventually lovable as Frank, Lucille's Jewish husband. Travis Gaudin's voice is like a glass of whiskey you hold in your hand swishing and sniffing over and over. We hung on his every word and saw every scene he sang. Vincent Hooper is an all around dream performer from his mannerisms to his vocal belt on the chain gang. Lovely, dedicated voices rang out from the ensemble - especially Chelsea Manasseri and Kristin Hall's solo performances. Kyle Coughlin was delightful (can one use that word when describing Parade?) to watch as Craig. And who are Matrex Kilgore and Dale Sandish?!... um welcome to Austin and bravo.

When Lisa Schepps wants to make a point. She does it with an exclamation. And  mazel tov to her. She directed a great show despite the apparent challenges with sound in the space. (Why couldn't we hear the voices in this brand new venue?)

Before Lisa's curtain speech, a video from the 100th anniversary of the anti-defamation league was played. It took our collective breath away and was a brilliant way to start the show and remind the audience that it was this real life event that brought the league into existance.

Because this is important. I want to stand up and scream and say all the bad curse words and pull my hair out and even lay naked in the street for a year (the Jews and maybe a few Christians will get that reference), but my fiancee won't let me.

If you think we live in a world or a county that isn't racist, sexist, and classist, you're wrong. And Parade is a beautiful, if sad, reminder of that truth. Let me put it in perspecive for you. 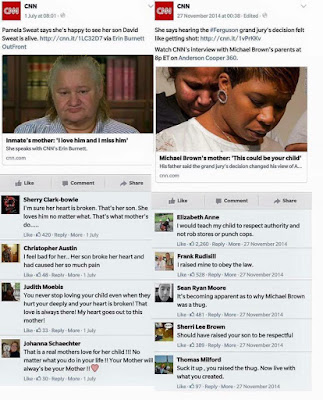 And if you're about to throw that "meme's are hard to fact check," crap at me, here's a strain that I personally responded to when a "Facebook Friend" of mine posted "Comply, don't die!" after Michael Brown's death. 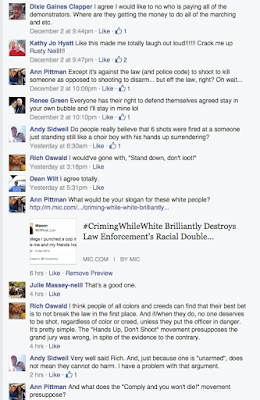 Or how about this?

Here's a gun store that won't allow Muslims to purchase their merchandise. Even though WHITE PEOPLE are the numbers one terrorists against Americans a poll released in June reported. 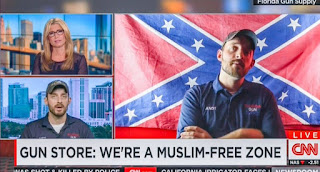 White, right wing Americans have killed way more people than Muslim radicals here in America since 9/11. But you know, white people have mental health issues and black people are thugs. It's true because our culture tells us its true. 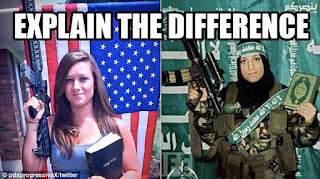 And that's the party line Parade exposes. Vilifying a person because you hate a people group (in Parade it's the Jews) makes you a racist bigot. Not a hero. Not ever a hero. Not for hating a race or people group. 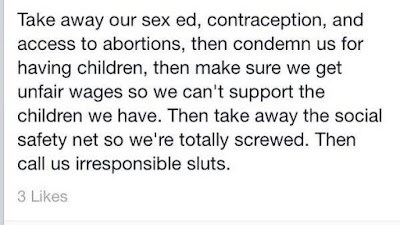 Or anyone who isn't like you. Or who you don't understand.

AMERICA, wake up. The beautiful search for diversity which gave birth to you is dwindling away as we allow the right wing fundamentalists spew their white supremacy and male chauvinism on us. We're drowning in it. America has lost her melting pot and is drowning in witch's brew.

So to organizations like the Anti-Defamation League and Ground Floor, I say thanks. This little white girl says thanks. And hopes more people will go catch the Parade playing two more times on Nov 5 at Ground Floor Theatre in East Austin.
at 12:07 AM