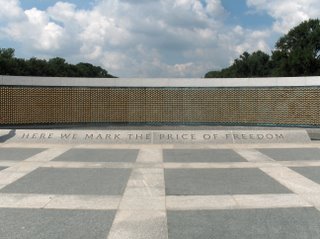 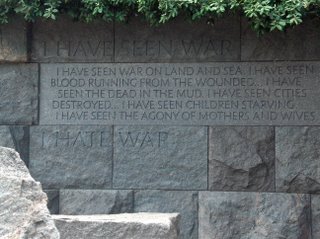 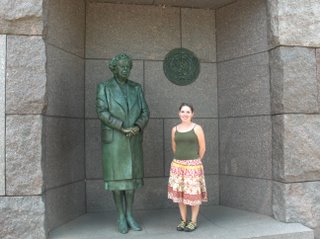 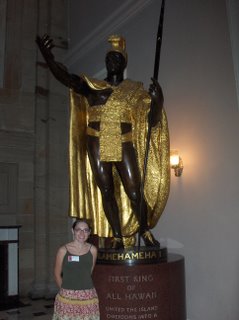 Day Three: I was dropped off at the Congressional Office and Cannon House Office Building at 8:45, just in time for my 9am appointment at Lloyd Doggett's office for my tour of the Capitol. I love Lloyd even though he doesn't know me. I signed a petition once (or twice) and got an email thanking me for my thoughts. I like congress folk like that. Not to mention that he has a soul. That helps.

Anyway, I and two polish women and a girl from DC trying to get a job as an intern took a tour of the Capitol with two relatively new (one week old and three weeks old) interns. It was so rad. The best part is that every state was offered the opportunity to send two statues to the Capitol for display. Of course I asked the two new interns to please point out Texas and Missouri. They knew where Texas was (one guide was originally from Austin), but MO's statues whereabouts were of course unknown. Shocker. And I can't imagine why. No Mark Twain, no Truman... we've got somebody named Blair and another guy named Blanton or something. Who are they? Oh well. I took pics next to Stephen F. Austin and King Kamauhamauha (Hawaii). I totally just spelled that wrong, but I gotta send that pic to Aunt Glo. Fun fact: that statue is so heavy they had to put it in the corner on one of the beams otherwise it would break the floor. It's just like the one in Honolulu in case anyone's interested.

Okay, so get on with it. I also say the Monuments on Thursday: Washington, WWII, Reflecting Pool, Lincoln, Jefferson and FDR. I called grandma while I was at the WWII memorial to ask what exactly grandpa had done during the war and to thank him. Lincoln, whom I was really looking forward to seeing, proved a disappointment, but mainly because of all the noisy tourists. Instead, I found reflection and inspiration at the new FDR memorial. The pic is of me and Eleanor whom my Great-Aunt Ann Catherine gave the introduction-of-speaker for once at a speech Mrs. Roosevelt gave in Minnesota. We're tight, me and Eleanor.

I then toured the Holocaust Museum, but after the first floor realized that if I was to be any use to my friends that night, I would need to hurry through the rest. The horror was too overwhelming. America, damn. We did fine fighting the atrocities, but we didn't do well...

For dinner, I visited Bus Boys and Poets which kicked Austin's ass with regard to cool coffee shops, restaurants. Sorry Tx, but it's true. This bookstore/dive was amazing, producing excellent food, music and ambiance.
at 7:53 PM

gah i miss dc. i'm so glad you're absorbing all of the history and culture and amazing-ness. did you see my favorite painting at the national gallery? it's cakes by wayne thiebaud.