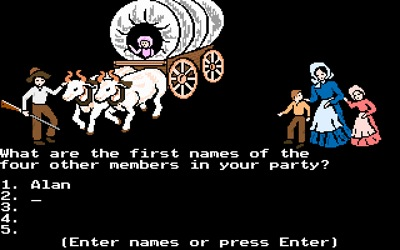 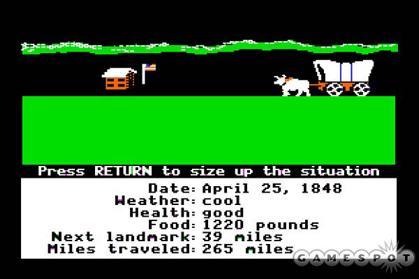 Okay, return has been pressed.  Let's see how we fared on this Reverse Oregon Trail Adventure. 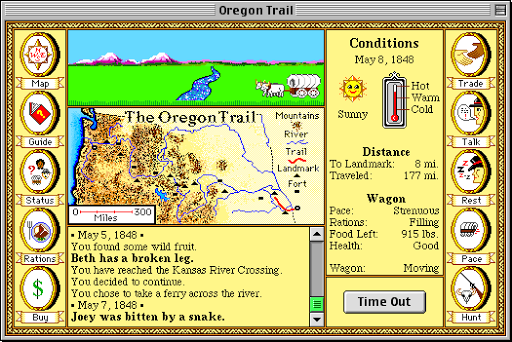 June 5, 2013
We found some badass rings and keychains at some information stations. 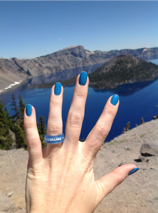 2 of us suffer from constipation (no, I will not tell you which two).
You have reached the Missouri State Line.
You decide to continue.
You chose to take the bridge across the river.
The Aerialist falls on a mountain and suffers severe blood loss.

Sophie is stricken by anxiety of being left behind at each hotel - even the dog friendly ones.

Okay, so we didn't get dysentary, but as was reported in our status update, two of us suffered from the traveling constipation blues.  I can tell you that one of us who did not was Sophie the Wonderdog.  She went poo like seven times the first day alone.  Poor kid was so scared that we would leave her in Portland.  One day when The Doctor walked her, they passed by a fence behind which an angry dog was lurking in the shadows.  Neither the Doctor or the Dog noticed him.  As you guessed, he surprised them both with a ferocious round of barking, seriously startling them.  That dumb dog scared the shit out of Sophie... literally.  As Sophie jumped in shocked fear, a ball of poop shot out of her butt.  Sorry to be so graphic, but it was that stressful on the poor pup. 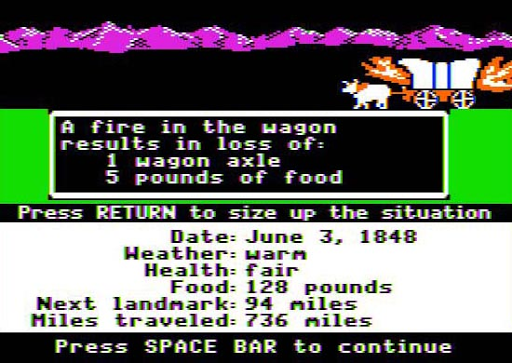 While we didn't have too much trouble with this a fire in the wagon on the trip, once at Mom & Dad's in St. Jo Mo, we did have a loss of supplies during a family outing.  When we returned from church on Sunday (yes, I had to sing), we discovered that our rations had been scattered by a bear (or a Wonderdog), resulting in loss of:


3 bananas (peeled by the dog before consumption)
8 paper dinner plates from Grandma's birthday festivities previous night's grilling out (licked and cleaned of their grilled chicken and mixed veggies)
1 box of ginger chews (yes, she had to unwrap each chew)

Argh.  Even though we didn't have anymore landmarks to travel to, its not like St. Jo Mo has a plethora of heath food stores that would carry ginger chews for sore tummies.  That brat.  On the other hand, watching The Doctor put The Dog in timeout was hilarious.  Grandma and I couldn't stop snickering.  Sophie was in Big. Trouble. for that one. 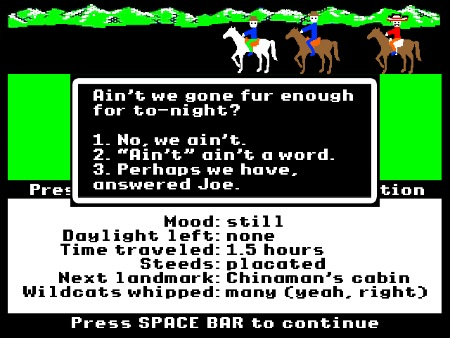 Yes, 2657 miles in seven days is far enough.
Mood: verging on cranky... too much car time.
Time traveled: we can time travel now?!
Daylight left: plenty (remember we left at 4am that last day)
Steeds: none.  we were totally pissed we didn't see ANY animals on our trip up Mt. Evans which promissed goats and other furry treasures.
Wildcats whipped: plenty... our themesong was Blurred Lines 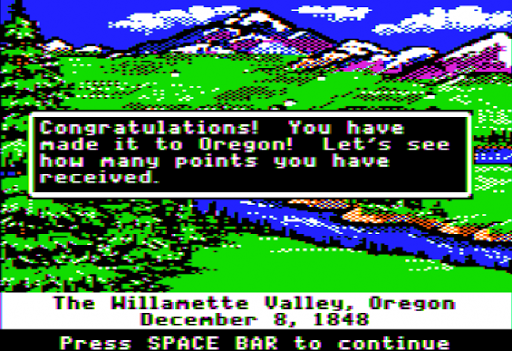 Read: Congratulations! You have made it to Missouri!  Let's see how many points you have received.
Hmm...