Friday we woke up early for our second and final day of sightseeing before flying to Temuco to work at the children's home. Our friends at Shalom picked us up and took us back to the "palace" we'd visited the the previous night before the bus debacle. It was even prettier during the day. 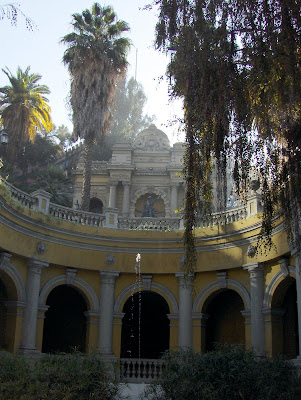 And once we hiked all the way to the top we had an amazing (if smoggy) view. 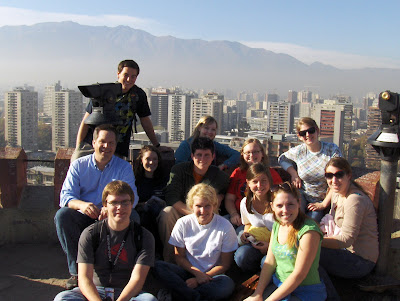 After that we piled back in the van and settled in for an hour's drive to THE BEACH! I promised my students we'd go to the beach, I just knew they wouldn't be wearing swimsuits! Some of them did still dip their feet into the pacific ocean and this is my favorite picture capturing their surprised faces when the waves crashed in on their bare legs. 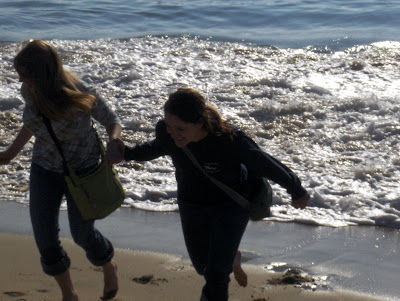 However before we reached the beach we got to visit a b-e-a-utiful winery. Oh my gosh, Michelle would have loved it. 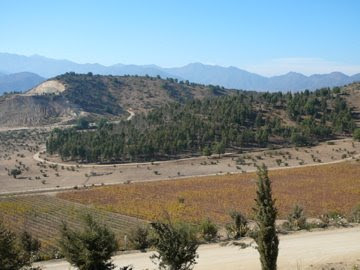 It was up on a hill and we ate the grapes and toured the production room and cellar and then many of my students had their first wine tasting. They got a big speech on the bus about what was kosher: smelling, swishing, tasting and then NOT FINISHING because we would be sampling several wines. I explained spittoons and pouring out the wine after you sipped it and they listened very carefully. Of course, once in the tasting room we discovered we'd only be tasting three wines and there was no spittoon. But they were very well behaved anyway and just tasted (rather than gulping and finishing all three glasses) the wine, which was delicious. 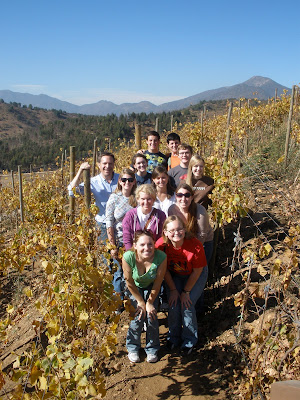 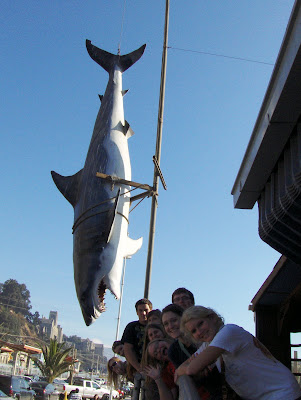 and inside we spotted a stuffed penguin. 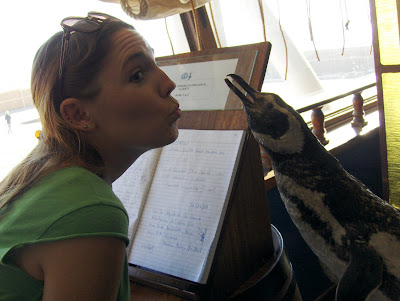 I announced my goal (far-fetched I figured) to see a penguin at the beach. And you guys, I'll be darned in when we walked down to the beach there wasn't one swimming in the waves. We even sought confirmation from some Chilean guy laying out (in 50 degree weather?!) on the sand. I got a picture of the precious little penguin, but it's just a little black dot and there's no point. But seriously, we saw it. I thought it was a drowning duck at first but then someone said it was swimming and thus we determined that indeed we had seen a penguin.

That would have been enough for me quite frankly, but we had much more to do. After an amazing late lunch at the aforementioned restaurant (where I tried eel - eek!! gross) with all fresh fish, we headed up into the town to see what else we could see before nightfall.

The city was very colorful. 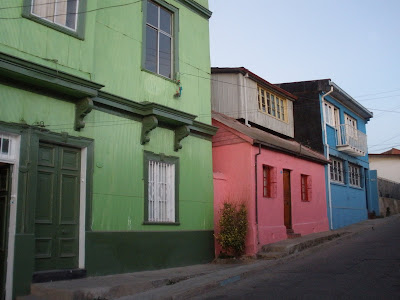 Houses, walls and businesses were all painted blue, red, purple, yellow... I made for a lot of neat photos. 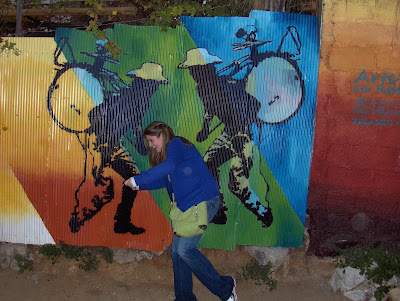 And to get back down the hill, we had to ride a ski lift type thing on rails down a steep slope. It was a little unnerving. 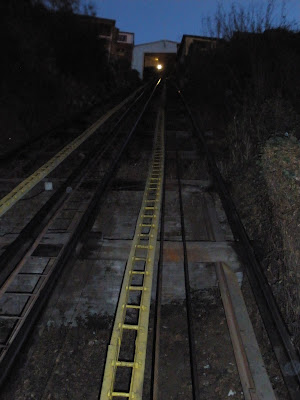 But the bus met us at the bottom and we were able to see the cathedral in this beach city (which I can't spell the name of) before we left. The most interesting part of the Cathedral was a statue of Jesus given to the church from the Polynesian Islands (i think - correct me someone if i've remembered incorrectly) with interesting polynesian symbols of royalty and love. 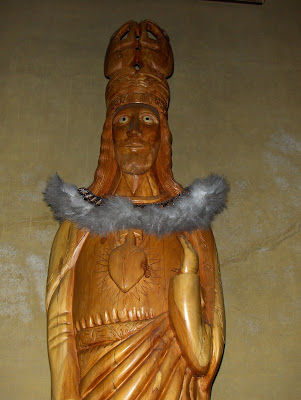 After that, the students (and I) were exhausted. So we made the LONG (it was apparently rush hour) trek back to Hotel Bonaparte in Santiago. That night we had our first devotional as a group and Steve led it using some scripture on thankfulness. Little did we know how much we would really have to be thankful for...
at 9:28 PM