Day Five: This Is the Day the Lord Has Made

Sunday morning started early with a breakfast of white bread, butter, jam, cheese slices, meat slices (ew!), eggs and tea. We did not yet know that this would be our regular morning meal and that this was the beginning of all the white bread I ever want to consume in my life. But Tia Cecelia came in special Sunday morning to make it for us, so we were grateful.

Afterwards we gathered with the children for church. We piled into a bus that they had rented (still not enough to seat 23 girls, 12 North Americans, 2 Germans, a driver, and a handful of Tias. So we sat on laps and stood up and scrunched in for the hour drive to Mapuche land. 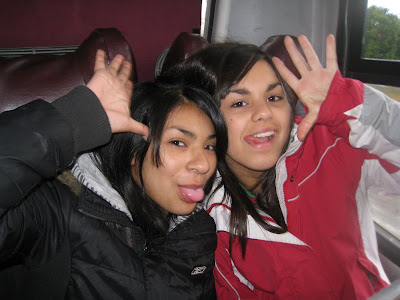 I read about the Mapuche people in my Chile guidebook. They are comparable to our American Indians in that they were here first and of course the European, Peruvian and Argentinian settlers came in and eventually won the land and developed it. Now the Chilean government allots land and a small allowance to the poverty stricken Mapuche people who are generally looked down upon by the upper class. For example, one girl at the home is Mapuche by birth but was punished in school if she spoke Mapuche and is now ashamed of her heritage. Awful.

In planning the trip to Chile with Raquel, the President of UBACH (Chilean Baptist Convention) I had requested a visit to an indigenous church, not an FBC America transplanted in Chile. She was thrilled and spoke with Viviana at the home. We ended up being invited to a small Mapuche church about an hour outside of Temuco where the church honored the children's home on their 55th anniversary. The children sang a song and Viviana spoke a lot. 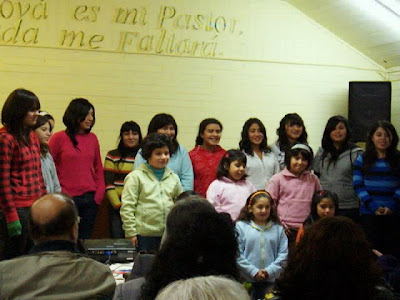 The men and women's equivalent of our WMU each spoke as well and presented gifts (monetary) to the Children's Home. We sang Spanish songs to a guitar and keyboard and finally the pastor preached on the Good Samaritan.

Consequently, it felt more like an awards ceremony than a church service, but it was beautiful seeing the man who had travelled all day to come to this small church to see the leaders of the children's home and the girls themselves and present money his men's group had spent all summer raising from out of their own poor pockets. And we loved listening to the girls' choir perform. I got the impression that the church's natural look would have still reflected a western service had we not been there and that was challenging to observe. Western Missionary fingerprints were all over that church.

But so were the fingerprints of the Mapuche people themselves. I sat next to a man at lunch who is the father of the current pastor. He built that church with his own hands. And while we ate (and Steve translated) he taught us (and Steve!) Mapuche words. And we taught him English ones. 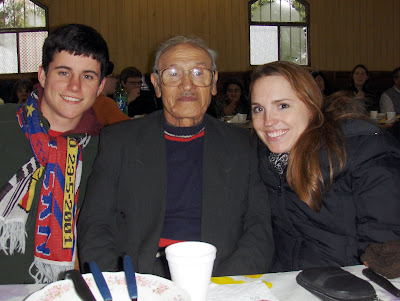 The dinner was extraordinary and was prepared in honor of the celebration of the Children's Home. Unfortunately the night before (as I mentioned before) there had been hard rains and the Mapuche realized their water sources had all been cantaminated. I kid you not, two people who lived several miles away WALKED IN enough jugs of water to cook for the 41 of us, the 10 other Baptist visitors and the regular members of the Mapuche congregation. They walked in water to feed around 75 people. 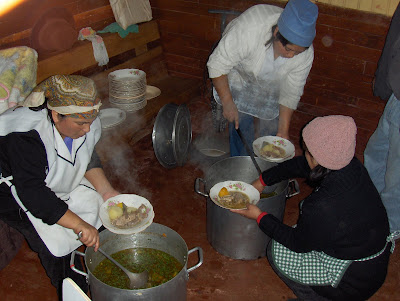 Unfortunately the dinner was horse. As in Mr. Ed, Black Beauty and the likes. I am not lying to you. I knew this ahead of time as Viviana had warned me and left it to my discretion to tell my students. However one of them overheard and not being of the keep-it-to-yourself sort of girl, she promptly informed everyone before we boarded the bus. Great. But I planted myself next to a hearty American boy and passed the meat from my stew on to him and just ate the potatoes and squash. This was a feast for our new friends. 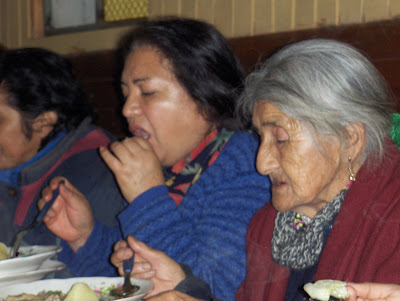 After lunch, because we couldn't travel through the mud in the bus to visit the indigenous, traditional homes of the Mapuche people, one couple let us carry them back to their land (more people on the bus!) where they let us walk around and see a now raging creek and the bridge their children had built years earlier. It was beautiful countryside. In return, the North Americans sang Amazing Grace at the request of the Choir Tia for the Mapuche couple. It seemed to be appreciated. 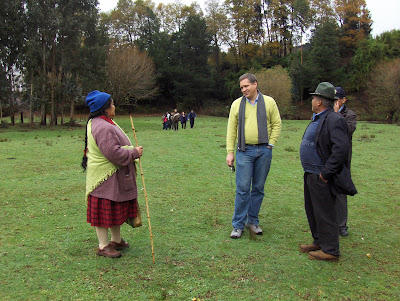 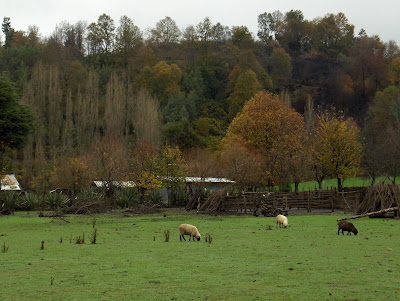 After most of us snoozing (while the girls used our cameras to take pictures of each other) on the way home we arrived in time for dinner (white bread, jam, etc.) and then headed up to our dorm rooms for another devo. David (our children's minister's son) led and read to us from Ezekiel 34:1-16. He spoke about his expectations and asked us to reflect on ours as well. He nailed our reason for being in Chile at that home when he said, "I expected to come here to take care of people and instead I'm coming to join the flock." The Mission Trip I planned was designed for us to be extra helping hands to a hard-working Christian social justice outreach. We can do what they don't have time or sometimes money to do. We were there to provide relief and encouragement to the God's workers by giving them time off or at least hopefully alleviating some stress by entertaining the girls in the afternoons. We were there to play with and love on God's little girls. We were there to work where God was already at work. And David understood that. "God takes care of people," I wrote in my journal, "and we are joining who God is already taking care of..."
at 11:59 PM

You passed on the chance to eat HORSE?!? Remind me to tell you about the Grossest Soup Ever sometime.

they tried to get me to eat spleen once in Morocco. i passed on that too...