In the Past 7 Days

In the past seven days, I have spent...

59 hours in the air or in airports or traveling
48 hours in Santiago, Chile
44 hours in Austin, Texas
and 5 hours in Honolulu Hawaii

7 airplanes
1 missed plane
3 free beers
5 bitchy American Airline Stewardesses (oh my gosh, they are the meanest!)
5 security check points
5 movies on a plane (a miley cyrus movie, a chipmonk movie, Taxi with Queen Latifa, 500 Days of Summer and Old Dogs)
4 airplane meals (5 actually but i declined one cause you had to pay for it - gah!)
4 languages (English, Spanish, Hawaiian, Filipino)

3 preached sermons
4 worship services attended (including the one in the airport chapel)
and 1/2 the Eucharist consumed (I got those Catholics by taking communion anonymously despite their preface of "those belonging to the holy Catholic church may partake..." but they got me by only offering the body. No blood (or wine) in airports i guess.)

But now, I'm on vacation. In Hawaii. On Lanai. So no more numbers, k? 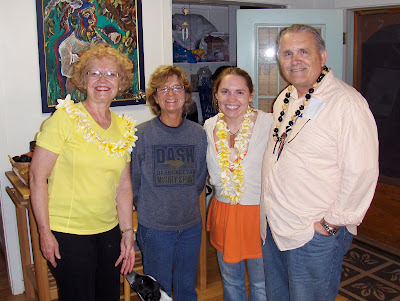 One number you missed - how many thousands of miles!